Ruben is a Postdoctoral Research Associate working with Karen Page (Department of Mathematics UCL) and James Briscoe. He graduated in P 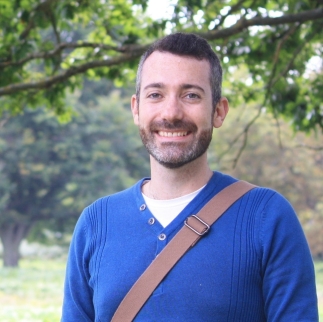 hysics from the University of Barcelona where he became fascinated by statistical mechanics, stochastic calculus and complex systems. During his degree he interned in the Crystallographic Platform of Barcelona Science Park (PSB) where he discovered his interest in molecular and cellular biology. Thus, in 2007 he enrolled in a Biophysics MSc in the Universitat of Barcelona where he also did his PhD thesis  “Mechano-chemical study of rotatory molecular Motors” with Jose Maria Sancho studying the mechano-chemical energetic transduction in molecular machines such as the F0F1-ATPsynthase and the Bacterial Flagellar Motor. During the PhD he also performed research stays in the Department of Chemistry and Biochemistry of the University of San Diego, and in Richard Berry’s group in the Department of Physics in the University of Oxford.

In 2013 he joined the Mathematics Department of the UCL where he combines theoretical and experimental work to understand the patterning of the neural tube. His research focuses on the genetic regulatory networks controlling cellular fate determination. His research ranges from the use of analytical and computational tools for stochastic dynamical systems, to experimental tests of synthetic genetic regulatory networks in bacteria.